Trace of a Trellis 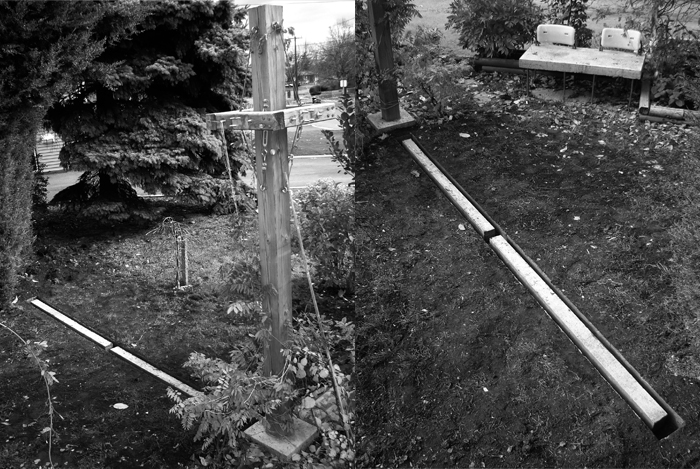 Trace of a Trellis  by Jegan Vincent de Paul

IN 2002 I designed and built a cantilevered trellis. It was an experiment in tension and compression, where two projecting arms are connected to an 8×8 post with cables in a manner that allows compression forces to be transferred discontinuously. The direction of the arms gestured an entrance into the yard, while marking the Cardinal directions of East and South. The structure eventually had to be taken down. It was dismantled under the pressure of the client (my mother) who eventually admitted that she did not find the aesthetics of a tension structure too pleasing in our suburban neighborhood. Vine growth on it was also limited and not as expected.

Three years later, during the Fall of 2005, I undertook an Independent Study to both document and leave a trace or create a memory of the structure before it was destroyed. The intervention took place on the less publicly visible ground plane. I used concrete as the material to leave a permanent mark.

"It must be that concrete triggers the phantasy of a universal fungibility, with all its attendant pleasurable ideas."